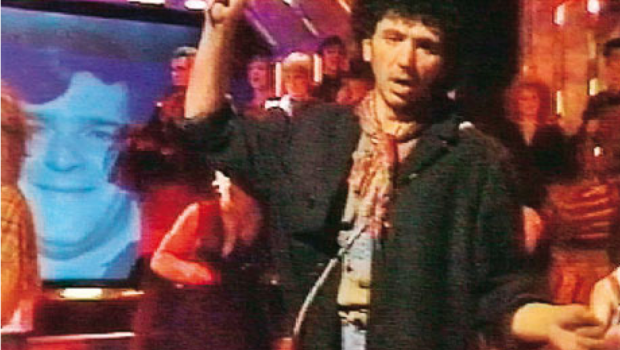 This was a brilliant part of my early twenties so I’m not writing this with any malice.  It makes me smile now to realise that we were taken so seriously back then, not to mention how serious and intense we were about most things that we did.

In fact we were perceived as such a serious band few people expected us to have a sense of humour.  So when a huge picture of Jocky Wilson was shown on Top of the Pops in 1982  during our song Jackie Wilson (says I’m in heaven when you smile) – a Van Morrison cover – people would rather believe it was a mistake than think we might be having a laugh.  Here’s a youtube clip from http://www.youtube.com/watch?v=5Ao9p3ou7-U

If you look to the left of the clip shortly after the beginning you’ll see a huge blown up photo of Jocky Wilson smiling his trademark toothless smile.  Brilliant photo!  The band in joke was to call the song “Jocky Wilson says I’m in heaven when you smile, so Kevin asked if they could find a photo of Jocky.

It was in the press the following week as some kind of screw up on the part of the Top of the Pops production team.  And what with them having such a wonderful sense of humour we were told that they might not allow us on the programme again for making them look stupid!  As if they needed any help.

It was an uncharacteristically smiley performance all round from us.  I dropped my guitar during the intro & couldn’t look at Steve or Helen for laughing throughout the whole song.  The following week it jumped up to Number 5 in the UK singles chart.  The week after it went down again and was the last ever Dexys Midnight Runners top 10 single. 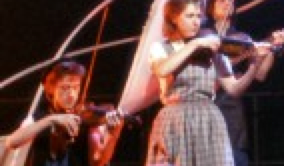